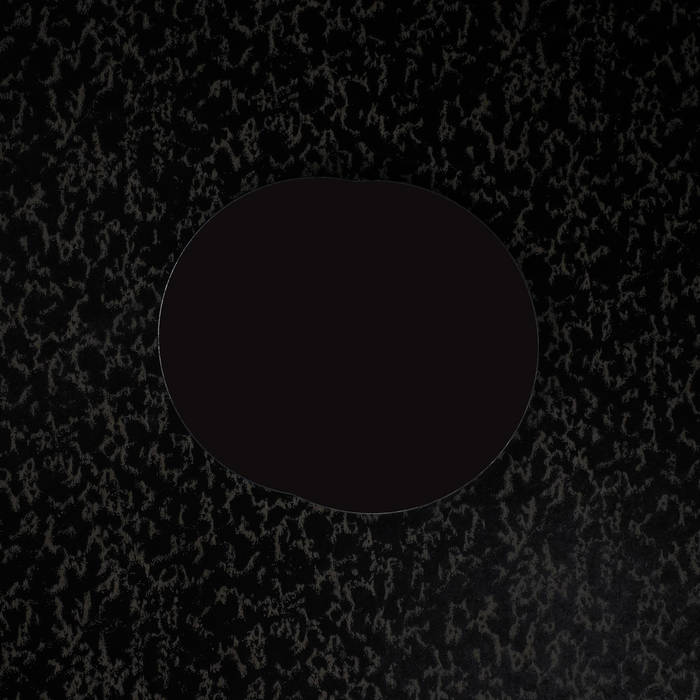 Recorded at various locations in Chicago, Austin, and St. Louis.

Thank you to Tim Barnes.

Named one of "The best Chicago albums of the 2010s" by Bandcamp Daily and Chicago Reader contributor Kerry Cardoza.

"The drama and energy of Hoist Spell from Big Wad Excisions is worth the entrance fee of that album alone." –Richard Pinnell, The Watchful Ear {2014}

"Prepared pump organs, boombox, customized cassettes, karaoke machines, electromagnetic interference, microphonic oscillators could, certainly, add up to any sort of event, but in the patient hands of these two talented soundscapists from Chicago, what emerges are territories simultaneously warm and frigid, bleak and welcoming, robotic and sensual. The tapping of a blown reed submerges into a warm electronic wind as distant choruses grieve their bodilessness. These events change impressions according to space and volume, uncategorizable as gothic or post-classical, experimental or industrial, impossible to describe but NEVER boring, always morphing and ALWAYS presenting an important and completely unique point of view. Stunning!" –Amoeba Records ”Music We Like” {2014}

"The first release on Tim Barnes’ resurrected Quakebasket label (which you might remember from those incredible Angus MacLise reissues in the late 1990s) isn’t a reissue at all, but a new work by a Chicago electro-acoustic duo who put the whomp back in free improv. Highly recommended if you like early Merzbow, early Wolf Eyes, but not early mornings." –The Other Side of Life {2014}

"This is the Chicago duo’s 1st for Tim Barnes’ Quakebasket label, offering corporeal textures that often give way to eerie, subtle melodies a la Angelo Badalamenti. One of my top 10 favorites of 2013, without question. ‘Noise’, yes, but so much more." –Landlocked Records {2014}

"Big Wad Excisions is a powerful exploration into an extrinsic composition based study, working outside of usual practices and methods. These two have built up a valid new vocabulary of sound. Following in the footsteps of the stellar Compound Form, released early this year on Triple Bath, Big Wad Excisions swells with heaving thrusts of pumped and wheezing air, complemented by textured tape manipulation. Keep your eye on these two." –Mathieu Ruhlmann, Soundscape Radio {2013}

"Visceral electro-acoustic drone music from Chicago’s highly intriguing Coppice duo for New York’s Quakebasket label. First impressions are important; the slow, gripping drone of ‘Snuck Keel’ is a vice-like handshake delivered with the intensity of Colin Stetson and Stephen O’Malley in a stare-out. ‘Impulses for Elaborated Turbulence (Excised)’ inverts and diffuses that energy with a haptic concrète sensibility calling to mind work by their label mates from Senufo Editions, which continues into the detached abstractions of ‘Sop’ – 16 minutes of blustery wind dynamics giving way to beautiful angel-breath drones and warped loops. ‘Hoist Spell’ concludes with a mystic piece of what sounds harmonium drones and sustained strings caked in cacophonous grit and close-mic’d textures coming off like Gurdjieff jamming with Okkyung Lee and Giuseppe Ielasi." –Boomkat {2013}

"A direct play for the emotions, its brazenness proving almost as surprising as the fact that it works." –Nathan Thomas, Fluid Radio {2013}

"The stuff on Big Wad Excisions is clearly dominated by bellows-driven sounds—mostly undulating drones that seem to send the rippling vibrations straight into my brain. There are lots of blustery wind sounds, but on the gorgeously meditative “Sop” you can definitely hear the sorrowful long tones of an accordion and some kind of taped sounds slowed and accelerated by Kramer. Not knowing what the hell is going on is part of the appeal, and that effect is not lost when they perform live." –Peter Margasak, Chicago Reader {2013}

"Genuine individuality in music is quite rare. The practice of recycling and recombining influences makes most groups some forbearers’ “children.” Not so, Coppice, the Chicago, IL-based duo of Joseph Kramer Noé Cuéllar. With unlikely, unique instrumentation, Coppice create a pulsating, shimmering, delicate sound world. Prepared pump organ, altered boom box, jigged karaoke machine and specially created cassette tapes are brought online and abandoned, as breath-rhythm whispers of tones rise and fall. On “Sop” — at 16 minutes, the longest track — harmonious drones float by, seemingly endlessly, to be joined, and left, by arpeggiated figures, giving the piece the strange characteristic of simultaneous stasis and movement. “Hoist Spell” is noisy, but with restraint; it clatters, buzzes and scratches with ominous overtones. There is what might seem like muffled footsteps. Unidentifiable audio traceries make the duo’s music engaging and mysterious. Maybe John Cage’s “Cartridge Music” could be considered a musical ancestor, but Coppice has the seldom achieved distinction of having utterly its own sound." –Glen Hall, Exclaim! Magazine {2013}

A Chicago-based duo with Joseph Kramer and Noé Cuéllar that explores sound in search of music with very special instrumentation: harmonium, cassette player, oscillators, and other electromagnetic phenomena, all customized as well it should. We listen to noise organized with a strong musical potential of sound phenomena that seem to speak of electricity, bellows that bring tension and horizontality. Superb! This disc in a beautiful cover with a full-color booklet also marks the return of Tim Barnes’ label, Quakebasket." –Metamkine {2013}