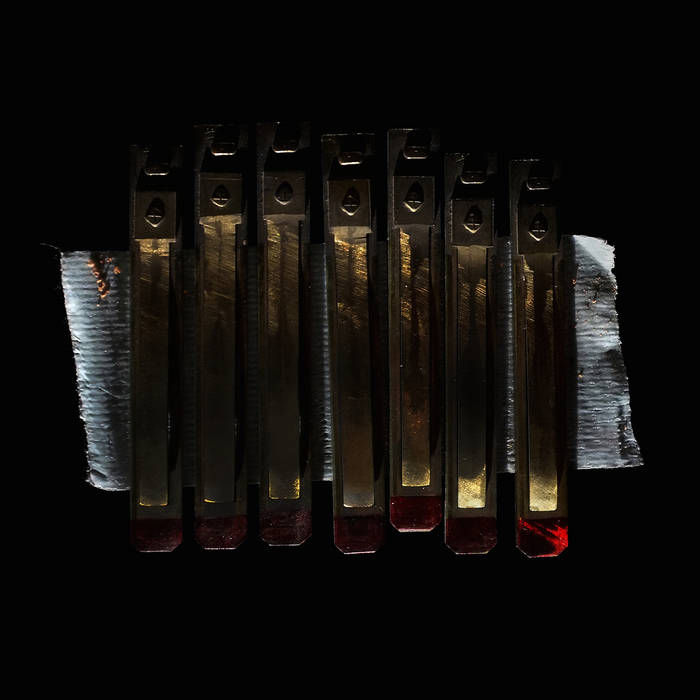 Compound Form is a composition for amplified prepared pump organ (Kinder) and tape processes in an extended musical arrangement of various compositions.

Compound Form was performed numerously in Chicago and throughout tours. Its instrumentation sprung compositions that formed the core of Coppice’s live repertoire between 2012–2014, staged stereo recitals presented close-up to the audience.

"[…] the rhythmic cues more than the drone form allow the listener to dive body and soul into Coppice’s sonic masses. The listener can easily fall into this archaic, post-industrial (and post-EAI) universe, full of abstract sounds always deeper and more abyssal, always newer and more inviting." –Julien Héraud, Improv Sphere {2013}

"Compound Form is a very strong composition, this is musical narrative at its highest potency; these are human emotions and thoughts effectively activated by sound, building an intimate, personal story where the only character is the listener and his subjective view." –David Vélez, The Field Reporter {2013}

"Talking about Coppice music as a whole, it’s hard not to mention that their music evokes many images and associations. This music leaves some aftertaste. And this is a good thing." –Ilia Belorukov, CMMag {2013}

"[…] I discovered what I was searching for: a way to make the abstraction of storage media into a physical presence, a way to make the metaphysical bodily. I experience these works as bodily expressions of abstract, psychic, spaces. I feel like, in a lot of ways, devoting as much attention as I do to probing the possibilities of tape helps me to more clearly and carefully outline its body: like fleshing out the corporeal possibilities of this tool that was conceived for very limited purposes. I find similar concerns in the work of this duo from Chicago called Coppice. They call themselves “a duo of bellows and electronics.” This means that they work with various kinds of electronics, both handmade and not, as well as various instruments with bellows. These include Shruti Boxes and accordions. I think that the focus that they place on combining bellows with electronics is both conceptually interesting and viscerally pleasurable. I like the idea of bellows, a broad category of instruments associated with breath and life, being combined with very mechanical electronic instruments that can feel cold and lifeless. It is a beautiful combination." –Jason Zeh, The Fiddleback {2013}