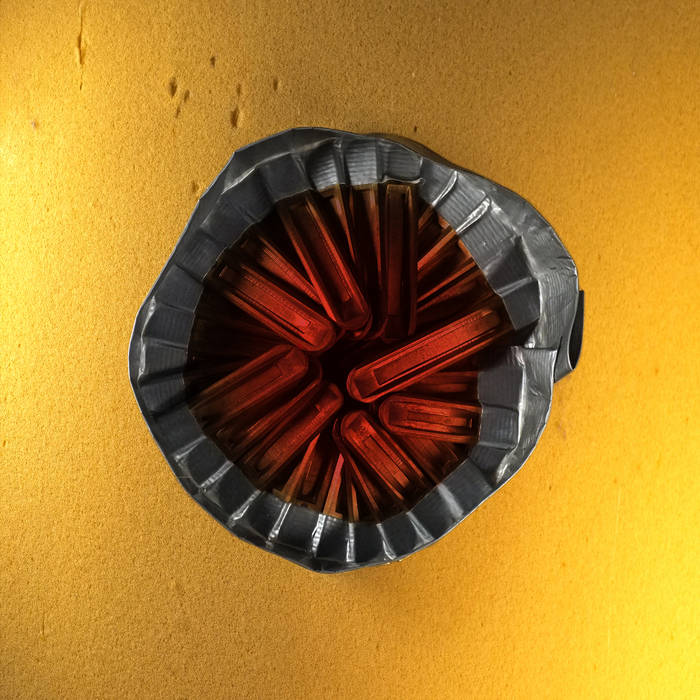 "The industrial drowsiness swelling into roaring, crispy textures over broody textured suspense, the sculptures Coppice make, emanating from bellows displacing air, almost reflect an apotheosis of life itself here. What else are the airborne sounds than a reference to discovering how air waves can transform into sound, a hose being rotated in air, reminding us of our childhood and the ephemeral character of it all. Coppice again prove to be undisputed masters in making the artificial sound authentic." –Pim van der Graaf, Progress Report {2014}

"Even if you’ve never heard another one of their recordings, that organic sensibility comes across in the way Coppice handles its compositions. They’re loose and free-flowing, seemingly improvised and ramshackle, as if held together by duct tape and Elmer’s school glue. That messiness is part of what makes them so mesmerizing; it generates tension and lends them an impossible sheen, like watching someone build a house of cards on a moving bicycle. We can enjoy the spectacle while it lasts, even if Cuéllar and Kramer eventually demolish it for the sake of something new." –Lucas Schleicher, Dusted Magazine {2014}

"Vantage/Cordoned (Caduc, 2014), their newest physical release, is a rushing flow of changing textures that could carry a listener away, but has been thoughtfully packaged with a bookmark so you can mark your place." –Bill Meyer, Chicago Music {2014}

"The Sound Barrier has, of course, always taken an interest in the unconventional things people do with conventional instruments, and certainly American duo Coppice come up with some pretty interesting sounds from a prepared pump organ and tape on their newly released album Vantage/Cordoned. We heard the opening track, So Lobes Drape as Such Gills Over a Hanger’s Pit, where the pulsating drone of the pump organ forms a kind of uneasy alliance with the churnings of the tape. Coppice is comprised of Noé Cuéllar and Joseph Kramer who have been bringing out some amazing releases over the past year or so, often using these battered, broken sounds to build their unnerving, unsettled sound art." –Ian Parsons, The Sound Barrier {2014}

"With every release Coppice seem to take things a stage further, and so Vantage/Cordoned feels like the most assured and confident release I have heard from them yet." –Richard Pinnell, The Watchful Ear {2014}

"Simply put, there is not a lot of other material to compare it to. While use of phrases like ‘genre-bending’ or ‘hard to classify’ is as wildly common as it is blindingly inappropriate for the vast majority of its contexts, I am often at a comparative and rhetorical loss with this duo’s output. All the more impressive since the approach itself (a variation on instrument + myriad effects) was so prone to abuse for much of the last decade. Whether its approachability is derived from a personal empathy for its textures, or the unashamed use of occasionally overt harmonics, or intriguingly complex relations between acoustic, analogue and digital sounds, there is something unique going on here." –Brian Beaudry, Cut and Run {2013}