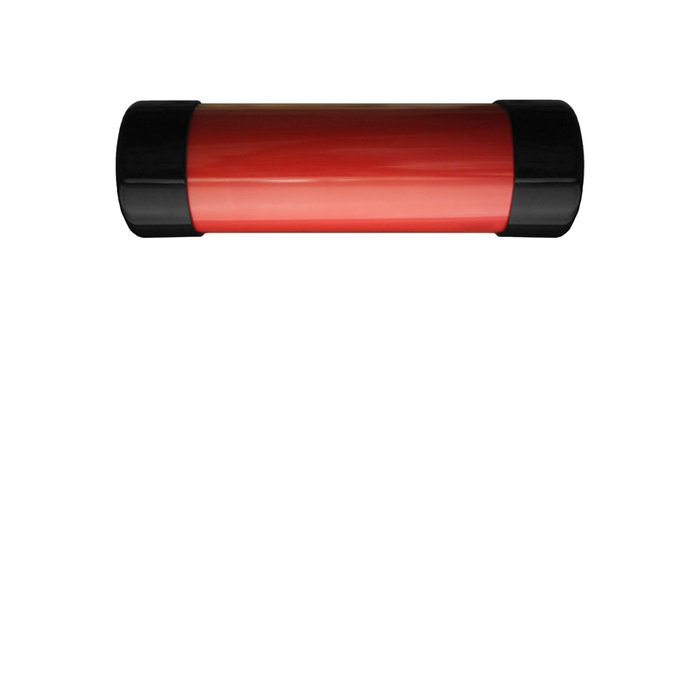 "A flattening of dimensions for home listening."

Composed by Noé Cuéllar & Joseph Kramer between October 2010 and January 2011, originally for two live accordions and four speakers with aleatoric content. The work was conceived for its week-long live presentation in February 2011 at Without You I Am Nothing: Interactions, a performance series curated by Tricia Van Eck for the Museum of Contemporary Art Chicago.

Cover and Design by Coppice.

Vinculum (Coincidence) is a composition originally conceived as part of a curated performance series that focused on interactivity between artworks and their audience. Upon approaching the subject of interactivity, a performance structure was delineated in which physical and musical movements through space guided and followed the audience around the museum setting, creating constellations of intersecting sound events.

The flexibility of the score generates opportunities for the audience to experience sonic connections, whether real or imagined. The moments of “coincidence” suggested in the title emerge from the becoming of events from four channels of aleatoric playback, combined with the performance of scored procedures for two accordions, and the movements and engagement of individuals in the audience.

The four channels were arranged in a decentralized manner to diffuse performance/audience boundaries. Each speaker played back slight variations on a palette comprising simple and complex tones, breathing rhythms and instrumental artifacts (like crackle, hissing, rattles, etc.)–sourced from bellowed and reeded instruments, and periodic silences. The recordings excite a wide sonic spectrum fluctuating between dispersed identity and momentary fusion.

The two live accordions were kept in motion by three kinds of procedures. Performances of these procedures were motivated by sonic activity as well as particular physical proximities both between the two performers, and also between the duo and their audience. The three categories of procedures are as follows:

Imitative procedures: particularly mirroring the sounds in the playback, but also the audience’s rhythms of steps, speech melodies, and other on-site incidental sounds;

The duration of each performance was long enough to allow the seemingly automatic unraveling of some events while offering myriad opportunities for shared experiences with and between audience individuals. This was both music to listen to and music to ignore – and in turn, it both listened to and ignored the audience.

Having experienced countless particulars with streaming audiences throughout the eighteen hours of performance over the course of three iterations, a new arrangement for home listening was parceled – Vinculum (Coincidence): Indexed Conjectures of Coincidence Imprints Once Happened. Since the dimensions are being flattened from four channels and two performers down to a stereo field, a shortened version was arranged (the original duration being 120 minutes in a live setting) to roughly the length of a CD, the best duration in which to explore the multidimensional aspects and peaks that were present in many of the performances.

Since there is no “live” element or spatial acoustics in the recording, the confusion of performance versus playback that was implicitly sought in live settings is no longer an active agent. Spatial disorientation may derive from the flattening of both sonic dimensions of all the recordable aspects. In correspondence with this, the CD arrangement of Vinculum (Coincidence) is liable to equate shifting circumstances and effectual experiences.

What is public space within a museum? We know how it looks, but how does it act, sound, and feel? How do we experience art in public? This question was at the heart of Interactions, a four-month long series of artist and audience activations that occurred within the exhibition Without You I Am Nothing: Art and Its Audience, which considered the experiential relationship between artwork and audience. As curator, I invited Coppice to create a work for Interactions to explore the distinct, visceral relationship that occurs when artists create work in the presence of the viewer.

Vinculum (Coincidence) consisted of four speakers placed in the gallery amidst large works by Vito Acconci, Chris Burden, Dan Peterman, Adrian Piper, and Andrea Zittel. The speakers – reverberating through the normally quiet space – played pre-recorded sounds that initially seemed like breaths or wind blowing but then altered or transformed as if mechanical parts hissing and whooshing across and through the space. Once these speakers were on, Noé Cuéllar and Joseph Kramer stoically entered, each with an accordion. For two hours each day, for six days they played, slowly moving around the space and each other.

People walking by the galleries – where sound is not normally present – upon hearing the hypnotic yet enigmatic sounds from within, would often stop and try to locate what it was and where it was coming from. Seeing one or both of the performers and their accordions would not necessarily answer their confusion. Some would walk away perplexed, while others would be drawn in. Once inside, the effects of the performance were individualized and subjective. Some, perhaps realizing that their movements intersected the score, chose to remain motionless, while others moved around the gallery seemingly looking and testing how the different sculptures absorbed or reverberated the sounds. Some, perhaps musicians, appeared to be acutely listening as if discerning patterns and phrasing of melodies and breaths. Still others were interested solely in the performers – imitating their stances or interrupting their silences by talking with them. Most intriguing to me, was how sculptural the performers, the sounds, and by extension, the audience became. It was as if Vinculum (Coincidence), with its continuous droning of tones, breaths, and modulations, froze or at least slowed the viewers as they walked among the objects in the gallery, as if coalescing into a spatio-temporal synchronous whole. It was if by listening, the audience could tenuously hold the experience, the shifting sounds, and themselves together, in space with each other.